A deeper understanding on the concept of video quality 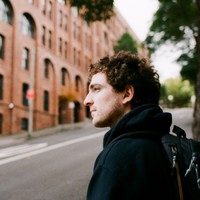 Is resolution the most important factor when analyzing the quality of a video file? Video professionals will point out the resolution is far behind in importance compared to a video’s bitrate. But what is a bitrate and how does it work for online content deliver?

Starting right from the top, a bit is short for binary digit. It’s the smallest unit of data within digital systems, and have a value of either a 1 or 0. Thus, bits represent the purest form of computing data. Not to be confused with bits, a byte is a collection of 8 bits. So any amount of bytes would be multiplied by 8 bits.

All digital content, including video, is made up of multitudes of bytes. The more bytes within a file, the larger the files. Videos however are not static blocks of data like how documents or images are, they have time-based data associated by their frame rate. This is where bitrate comes into the equation.

So what’s the difference between static bytes and bitrate?

As an example, lets say one image has a large size of 1 Megabyte. This static value is the entire size of all the data contained within that image file. When your device opens up and accesses that image, it has to process all those bytes for it to be displayed for your viewing. When the image is hosted online, those bytes have to then be transferred to your system and then processed to display the image.

A video runs through data over time. Bitrate is a measurement of how much data is being processed per unit of time, usually expressed within seconds. If a video file is 100 MB and has been rendered with a bitrate of 1 MB/s, then the video length should be 100 seconds, right? Well, not really. Rendering at a designated bitrate doesn’t force the video to always playback at that exact bitrate. A live analysis of the bitrate within a video file will show fluctuations in the actual bitrate depending on the visuals on screen. The render setting is sort of a limit on what the maximum bitrate can be, this is called compression. Some cameras can force a constant bitrate, but this is not efficient when rendering footage as a deliverable. For example, a scene with nothing but a couple solid colors will need much less data to represent the visual within the video, while a shot with complicated colors and patterns, like a landscape, will require more data. The bitrate will adapt to utilize what it needs to in order to accurately display the image.

How important is bitrate to the look of video?

Since bitrate is a representation of how much data a video file can play back per second, having a low bitrate can drastically reduce the quality of your image, while having a very large bitrate can make it hard to display correctly depending on your device and where that footage is located.

Resolution and frame rate will also tie into how bitrate effects the look of a video file. Terms like 720p and 1080p refer to how many pixels tall a video is made up of. These days, most online content is produced at an aspect ratio of 16:9, so 1080p would refer to 1920 pixels wide by 1080 pixels tall, producing a frame containing 2,073,600 pixels. The more pixels you have, the higher your bitrate must be to accurately reproduce those pixels accurately without defects. The frame rate also dictates how many frames will be displayed per second. A 1080p video at 25 FPS (frames per second) will display 51,840,000 pixels in one second, while a 1080p video at 50 FPS will display 103,680,000 in one second. The higher demand for pixels means that more data has to flow through the video per second in order to more accurately display the content, thus higher resolution and frame rate demands higher bitrate.

If this is a bit confusing, just remember that resolution is the size and sharpness of a video, frame rate is how smooth the image moves, and bitrate is the quality of the image itself.

So how does bitrate relate to video hosting?

Some of the most powerful cinema cameras can record footage as high as 280+ MB/s, which even some of the most powerful computer setups wouldn’t be able to play back properly. VFX video sequences can be, and usually are, significantly higher. When a piece of content needs to be played back on consumer hardware, the content needs to be rendered and compressed in order to reduce overall size for distribution, and bitrate for playback speed.

Hosting video content on the internet means that you will also have to take into account the end users internet download speed when selecting a bitrate. Viostream re-encodes all uploaded video in order to optimize smooth playback. Additionally, a user with slower internet will automatically switch to a lower resolution (and bitrate) in order to preserve smooth playback. Click here to check out the details on our Adaptive Bitrate Streaming.

In short, too high a bitrate for online content can make it unplayable. If you would like to dive further into rendering and encoding processes, click to visit our article on how to render content for delivery.